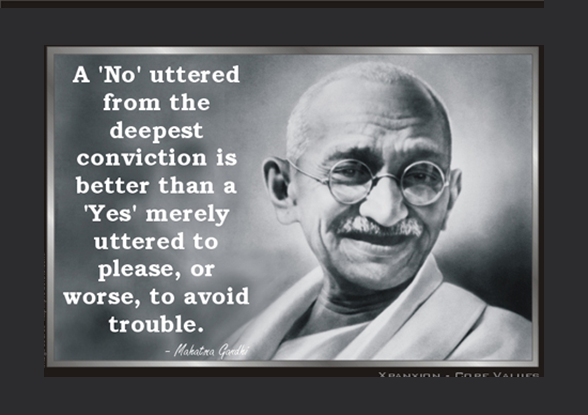 I recently had an interesting conversation with a friend of mine about my upcoming wedding.

My friend offered a simple, yet powerful tool for being more authentic in our conversations.

I share this story in the video below.  Enjoy! 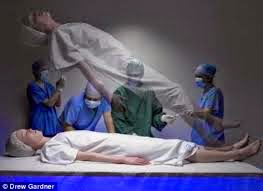 While on my way to Niagara Falls, Ontario, I was reviewing my notes for a keynote speech and was reminded of some fascinating research on near death experiences.

As I describe in the video below, the inspiring findings of the research should cause us to re-think our priorities and what we measure in our lives. 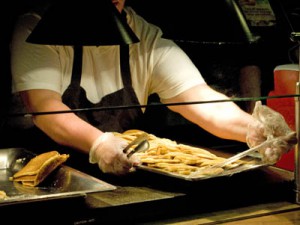 I was recently in Salt Lake City, Utah, when I heard a story that inspired me deeply.
The story reminded me how meaningful and impactful our lives are, and how we can make a difference no matter what our current position is in life.
I share this story in the video below.
Enjoy!
________________________________
If you haven’t seen the free sample chapters of the highly-acclaimed book,
Serve to Be Great: Leadership Lessons from a Prison, a Monastery, and a Boardroom, please click here.
Matt's Insights, Personal Development, Servant Leadership, Serve to Be Great, Success In Life, Videos, VLOG

This simple little ad from Thailand made me cry.  But they were good tears; tears of inspiration.

The ad reminds us of how magical giving can be on three different levels.

We Benefit in the Worldly Sense

The first and most obvious benefit of giving is that people we’ve given to are likely to give back when we are in need, as the doctor does in the ad.

I talk a lot about giving when I interact with people before or after I give a speech.  I’ve heard numerous similar stories of people who gave without any expectation of getting anything in return, and were later the recipients of generosity when they were in need.

But his daughter informed him that one of the neighbors immediately took up the tradition of mowing the lawns when he heard what happened.  No one had to ask the neighbor to do it.

We Receive the Benefit of Happiness

Even better than worldly benefit, giving makes us happy.  Research has shown that altruistic acts create happiness that has a deeper impact and lasts significantly longer than when we do things only for ourselves.

Also, people who witness an altruistic act receive the same amount of happiness that we receive from actually performing the act, which you probably noticed while you watched the video.

The Impact Could Be Tremendous

We never now how far one act of giving will go to impact our world.  In the video, one simple act of giving kept a boy from getting in trouble with the law.

Had he been arrested, he might have never become a doctor.  By preventing this with a simple act of generosity, imagine how many lives could be positively impacted by the actions of the generous man.

What can you do today to be more generous to those around you?  What could the impact be?


Thanks for reading this post!  As a gift, I’d like to give you this excellent eBook for FREE!

How To Amaze Every Customer Every Time

Shep Hyken, CSP, CPAE, is a customer service expert, professional speaker, and bestselling author who works with companies and organizations that want to build loyal relationships with their customers and employees. His articles have been read in hundreds of publications, and he is the author of Moments of Magic, The Loyal Customer and the Wall Street Journal and USA Today bestsellers, The Cult of the Customer and The Amazement Revolution, which was also recognized as a New York Times bestseller.

Shep’s new book, Amaze Every Customer Every Time, is due for release on Septmember 3rd, 2013.  I had the pleasure of interviewing Shep last week and asked him about some of the secrets to delivering consistently amazing service to our customers or members.
Enjoy!

Customer Service, Great Cultures, Interviews, Videos
Some time ago, I had great breakfast meeting at Bagels Unlimited with my friend John Spence.  John is one of the top public speakers and executive coaches in the world.  I feel very fortunate that he lives right here in Gainesville, and that I have been able to form a friendship with him.
During our meeting, John mentioned that he had been receiving an obscene amount of SPAM e-mails offering to teach him the “Secrets to Success” for some fee – “Learn to make a million dollars for only $499″.  Just out of curiosity, he looked up a few of the guys offering to teach him these “Secrets to Success”.  He couldn’t find anything on them via Google search.  Apparently these guys hadn’t accomplished anything.
I found this quite amusing.  These scam artists who haven’t had any real business success are sending e-mails to John Spence, a man who earns an incredible income doing what he loves, who sets his own hours and has total autonomy over his time, and who is a well-recognized expert on success who coaches executive leaders from numerous Fortune 500 companies on how to achieve greater success!  Hilarious!
John didn’t find it so funny.  It actually made him a little upset that these charlatans are preying on people in these tough economic times offering them false hopes.  So what did he do about it?  John made a 30-minute video that he has posted to the internet for free, in which he shares the real secrets to success based on his experience and that of some the most respected authorities on success in the world.
This video is incredible and, if you don’t have time to watch it right now, I highly encourage you to schedule 30-minutes on your calendar right now to watch it.  I am confident that you’ll be very glad you did.
John offers numerous suggestions for self mastery that I think are imperative not only for achieving worldly success, but for aiding us on the path of realizing true happiness, self-mastery, and a deeply meaningful life.


Secret to Success from John Spence on Vimeo.