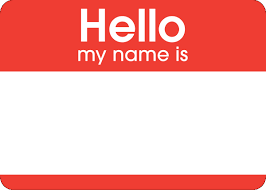 This past weekend, I had the opportunity to see Tom Gardner, CEO at The Motley Fool, talk about some of the ways that this multimedia financial-services company has built such an incredible workplace culture.

One of my favorite examples was a simple idea the leaders had a few years ago.

Up to this point in time, the annual bonus that employees received was based on performance metrics. The leaders decided to make a change. They announced that 20% of the annual bonus would be based on a challenge.

The challenge was this: each employee had to be able name every other employee. They would be tested online via a simple app that showed the face of an employee, and tested one’s ability to name the person.

At the time, The Motley Fool employed 250 people. So, of course, there was a lot of kickback. People complained that it wasn’t fair that a significant portion of their bonus would be dependent on the abilities of other people.

The leaders held their ground though. Once people realized that this was a reality, they got to work.

When the end of the fiscal year approached – appropriately it’s April 1st for The Motley Fool – everyone in the company had passed the test except for one person.  In the typical “fool” fashion that is part of the culture at the company, the person asked for free lunches and other kickbacks in exchange for completing the test.   After having his fun, he too passed the test.

The results of the experiment that year were fantastic. People across all departments got to know each other, which led to greater collaboration, teamwork, and innovation.

As leaders, we should make it a habit to learn the names of others as quickly as possible. I find it helpful to apply this habit to everyone, not just team members.

Whenever I see a person for a second time, even if I haven’t interacted with her, I ask her her name. I presume that if I’ve seen her twice, I’ll probably see her again. When I do, I much prefer to call her by name, which immediately deepens our interaction.

Making the effort to know the names of everyone in our organization, even if they aren’t on our team, is a simple yet powerful way to build influence with others.

The most powerful example of this I’ve ever seen was when I was stationed with the 3rd Battalion of the 1st Marine Regiment, at Camp Pendleton, California. The regimental commander was an exemplary leader named Colonel Paxton.

Depending on deployment cycles, Colonel Paxton was in charge of anywhere between 2,000 and 4,000 Marines at any one time. He had unbelievable ability to remember not only the names of even the lowest ranking Marines, but often times details about their lives.

I’ll never forgot the example I witnessed of Colonel Paxton approaching a relatively new private first class. After exchanging salutes, Colonel Paxton asked something along the lines of, “Hi Michael, how’s your wife Sarah and your baby?”

The Marine was shocked. For private first class in a Marine infantry unit, a full Colonel might as well be God. This Colonel actually remembered his name, and that of his wife.

It was clear that the Marine felt as though he was truly loved. His shoulders pulled back, his chest pushed out, and he stood so tall that he seemed to grow two inches taller.

I don’t think I’ve ever seen anyone look more proud to be part of an organization than that Private First Class.

Did you like what you read?  To sign up for our free e-Zine and receive a free e-Book, as well as all my posts, click here. 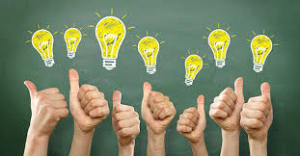 Although CEO and founder of tech company TINYPulse David Niu is considered a successful serial entrepreneur, things weren’t always smooth sailing for him.

On paper everything seemed to be going smashingly with Niu’s first startup, BuddyTV. He was even able to secure $10 million in VC funding for the company. But Niu quickly realized that he was burning out; he simply wasn’t passionate about his work anymore. Around this time he also got married and had a baby girl in quick succession.

Niu told his team he was going to step down. He decided to sell everything he owned and take a trip around the world with stops in numerous cities.

He had two goals:

Here are the top four lessons he learned as the result of his unlikely journey:

1. HOW TO ENSURE ALIGNMENT OF VALUES

Although we certainly want to bring talented people on our teams, it is even more important that we find people who share our values. If values aren’t aligned, the relationship we have with someone is almost guaranteed to be a rough one, and will likely end quickly.

It can be quite costly to have someone on the team who does not share the team values. Such a person can be like poison for the other team members, costing us productivity. Eventually, we will likely have to replace the person and incur the cost of rehiring.

Niu learned a great tool for ensuring values alignment of new hires from a CEO in Seoul, Korea. This CEO uses very precise interview questions to ensure that a new hire shares the same values as his team.

His team asks every candidate to explain situations where they lived the team’s core values. If a candidate is unable or unwilling to answer each question satisfactorily, she or he is not offered a position, regardless of how talented she or he is.

This article was published by Fast Company.   To read the entire article, please click here.