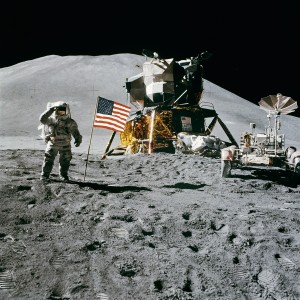 Have you ever heard someone say, “I’m not an optimist, I’m a realist,”? Do you think those two things are mutually exclusive?

I certainly don’t. And I think it’s absolutely essential for leaders to be a perfect combination of both. Healthy optimism begins with being realistic about the current state of affairs.

One of the key jobs of leadership is to create – or co-create with team members – a compelling, optimistic vision of a future that is a significant improvement of the current situation. In many ways, there can be great advantages to creating a vision so optimistic that it doesn’t even seem possible. This can inspire team members to accomplish something truly great, and can often result in actually achieving what hadn’t seemed possible when the journey began.

One of example of this was the vision John F. Kennedy’s proclaimed to the nation at a Joint Session of Congress on 25 May, 1961, when he announced the goal of landing a man on the moon by the end of the decade. At the time, NASA had essentially no idea how they could possibly put a man on the moon, nor any of the technology that would eventually be used to do it. The US had lagged behind the Soviet Union in even getting a man into space.

But the vision was so compelling to so many people. As a result, the goal was achieved when Neil Armstrong set foot on the moon on 20 July, 1969.

Before we can chart a course for such a compelling vision, though, we must be absolutely clear about our starting point. In an oversimplified example, let’s imagine that we’d like to get to Paris, France. However, we’re not sure if we’re starting in Cape Town, South Africa or Sao Paolo, Brazil.

It would be quite a challenge to chart a course to Paris in that case, wouldn’t it?

Similarly, if we don’t have highly realistic, accurate knowledge of the emotional climate of our team, our strengths and weaknesses and those of team members, or other key elements of executing a strategy, even the best strategy is at risk of failing.

We must be able to see our current situation clearly: not how we feel it is – which can be very biased – or how we hope it is, but how it actually is. We need to be brutally honest about where we’re at in order to have the best chance of successfully planning and executing on a plan to get where we want to go.