It seems that on almost a daily basis I see or hear the words “leader” and “manager” used interchangeably.  In fact, I sometimes catch myself using them interchangeably, too.

Confused?  I hope to clarify below.

What is a manager? 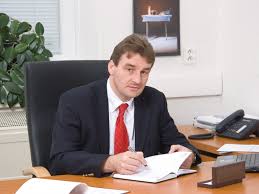 The first definition of “manager” that appears when I search with Google is “A person responsible for controlling or administering all or part of a company or similar organization.” For a person to have such responsibilities, they almost always have a title like “manager” or “supervisor” or “director”.  But having a title doesn’t make someone a leader.  If a person has a title but no one is willingly following her or him, then she or he is not a leader.  She or he is just a manager.

What is a leader?

These two leaders also built their influence in exactly the same way.  They both focused on loving and serving the people around them and they had impeccable character.  I believe that there is no better way to build influence than this.  When people know that we truly care about them and want to help them, they are much more willing to follow us.  When they see that we consistently do the right thing in a caring way, even when it is very difficult to do, we inspire our followers by our example.

What are some ways you are leading by example, whether or not you have a title?

How focused are you on serving your people in ways that help them grow as human beings and achieve greater personal and professional success?